In order to understand how antipsychotics work, it is important to have a basic understanding of how neurons in the body communicate with one another via electrical impulses that are controlled by chemicals called neurotransmitters.

The neurotransmitter is shaped in such a way that it fits neatly in the receptor and causes the receptor to initiate a complex chain of events within the neuron that for the sake of simplicity will be conceptualized as opening the lock.  In the brain of someone suffering from schizophrenia having hallucinations, delusions, and other behaviors frequently associated with psychosis, there is often an excessive amount of the neurotransmitter dopamine being released in a certain part of the brain.  This excessive dopamine activates many dopamine receptors at once causing a chaotic number of nerve impulses.  The majority of antipsychotics that have been invented since the 1950s are able to bind tightly to the dopamine receptor but they do not activate or “unlock” it, so when an antipsychotic is bound to a receptor it prevents dopamine from binding to that receptor. Think of an antipsychotic as a key that is broken off inside a lock, the lock will not open again until the broken key is removed.  Once an appropriate amount of antipsychotic has been administered, enough dopamine receptors are blocked and the chaotic amount of neurotransmission begins to slow down. Unfortunately, most antipsychotics, especially the most effective ones block other receptors and cause side effects.  Some of these types of receptors include 5HT2c, Alpha1, Histamine, and Muscarinic.

5-HT2c: antipsychotics that block this receptor are often associated with weight gain and animal data suggest this receptor has a role in appetite regulation.

Alpha-1: antipsychotics that block this receptor are often associated with decreased blood pressure which can lead to dizziness and falls, particularly in older people or patients taking high doses

H1: A histamine receptor in the CNS.  Blockade of this receptor is associated with both weight gain and drowsiness

M1: A muscarinic receptor that is widely distributed throughout the body.  Blocking this receptor is associated with problems in cognition, constipation, urinary retention, rapid heartbeat, vision problems, and many others. 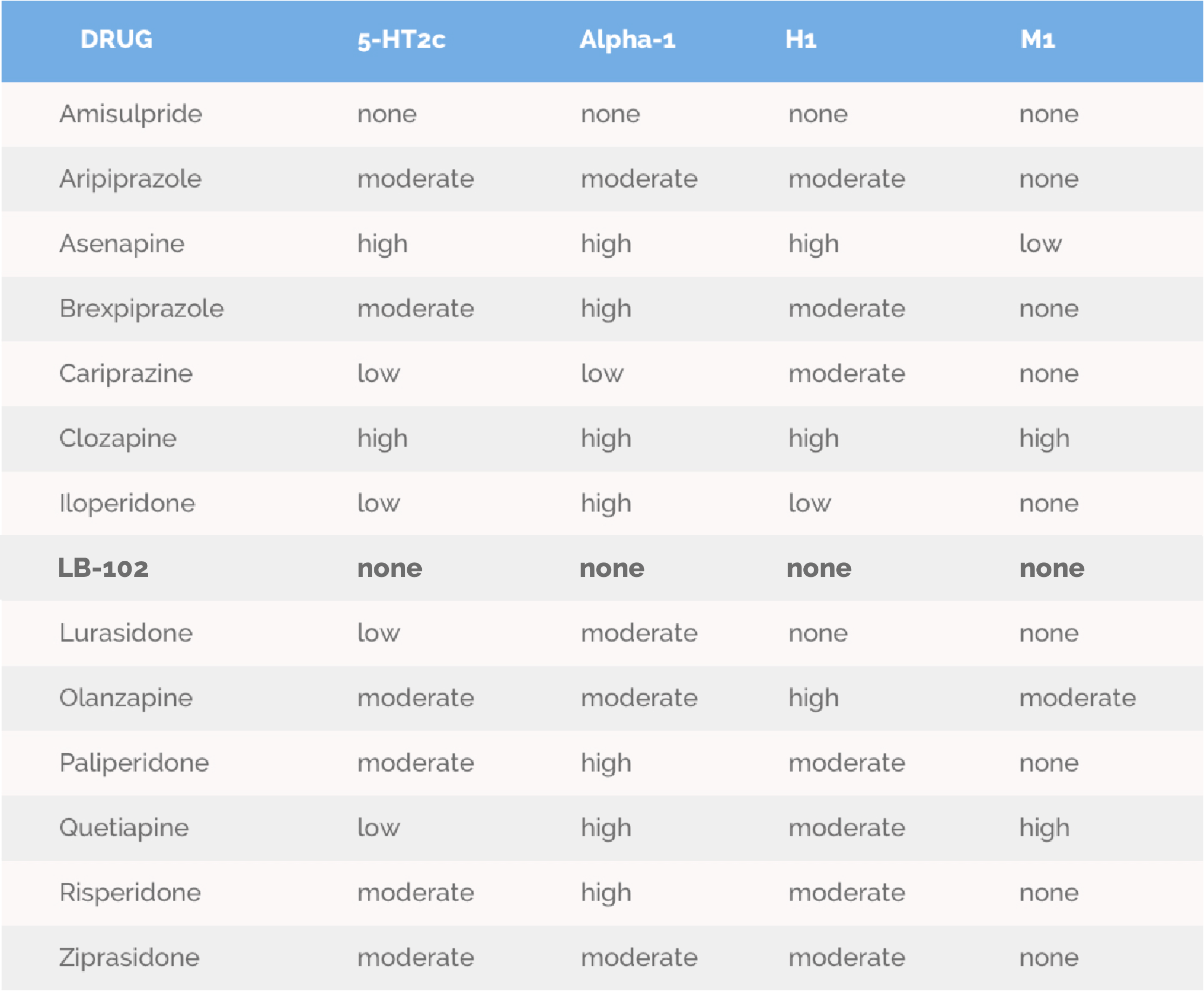